Josep de la Puente, Geophysical Applications Group Manager of the Department of Computer Applications in Science and Engineering (CASE) at the Barcelona Supercomputing Center (BSC-CNS). He has worked in several aspects of geophysics and high-performance computing, in fields such as subsurface exploration and seismic hazard. More recently he has started pursuing research in the field of ultrasound medical imaging. He now coordinates the EIC PATHFINDER Open project QUSTom, to help develop a novel imaging modality that could revolutionize breast cancer diagnosis.

“When you find that you can, potentially, help find a tumour inside a person, and one that may go unseen without your technology, motivation goes through the roof. Not just mine, but that of everyone involved in the project, whether they are scientists, engineers, or support staff. Everyone gives their best”

How did QUSTOM come about? What prompted you to develop this project?

The idea of using next-generation ultrasound data together with high-performance computing (HPC) has been on the table already for a few years. Together with fellow physicists Òscar Calderón and Lluís Guasch from Imperial College London, we had prior experience with similar imaging problems, hence we were confident in the technical feasibility of what we had in our hands. When we delved a bit deeper into the particular limitations of current screening and diagnosis programs for breast cancer, it became clear that our solution, as radical as it might seem, would have a huge impact on women’s lives. We are talking about the most common type of cancer worldwide, not just the most frequent in women: the most common, period. Moreover, a type of cancer that can be treated successfully if it is found soon enough. Naturally, this soon became the most motivating scientific effort in our careers.
We knew from the beginning that that the biggest challenge would be tackling such a massive problem as “outsiders” since none of us were M.D.s. However, when we discussed the technology and showed early images to radiologists from Vall d’Hebron their reaction was extremely positive: they didn’t just like the images, they needed them.

Our next step was launching a spinoff to promote this technology and test ourselves against other exciting new technologies in the field of medical imaging. Nevertheless, several technological and regulatory challenges remained. The images can be extraordinarily costly in terms of computing time, especially in 3D, and they are very sensitive to the devices used to gather ultrasound data from the patient. In 2021 we foresaw the opportunity of building a top-tier consortium, involving the best imaging specialists, radiologists, engineers and scientists to push the envelope of ultrasound-based breast imaging. The EIC PATHFINDER program was an excellent opportunity, as it favours deep-tech solutions with a high-risk/high-gain profile, while demanding a clear path towards exploitation. The selection process was extraordinarily hard, but the effort paid off, as the project has been running smoothly since April 2022.

What is the benefit of breast cancer diagnosis using ultrasound and supercomputing, compared to the traditional technologies?

Mammograms are the main imaging tool used for breast cancer screening and diagnosis. Although they can resolve very tiny structures, they are limited by the density of breast tissue, which “whitens” the image, and the dose of ionising radiation absorbed by the woman’s tissue.
With ultrasound-based imaging these problems disappear. Plus, imaging becomes painless. However, the most common ultrasound devices require operators hence it is difficult to scale up their use. Furthermore, they may resolve a little worse structures known as microcalcifications (which might relate to cancer in some cancers) and often require further procedures for interpretation. The technology that we propose takes the good bits of both worlds but, of course, it needs an investment to pursue its development. Furthermore, our technological proposition aims at harnessing problems still unsolved in other medical imaging technologies, such as uncertainty quantification. Knowing how accurate our prediction at each part of the image is not typically addressed in the field. Not because images are 100% accurate, or because we don’t know how to map uncertainty, but because it is horribly expensive in most cases, several times the cost of obtaining the image itself.

Within QUSTom we are enabling uncertainty quantification at negligible cost, applied to our ultrasound-based mammogram analogues. A lot of questions arise, such as: how can an uncertainty map assist the radiologist in the diagnosis? How can uncertainty information improve our algorithm? How can we improve the device that acquires the data? How can we apply our uncertainty strategies to other medical imaging modalities? These questions are all part of the QUSTom project’s objectives.

Do you think that QUSTom and the solution it proposes can contribute to areas that go beyond cancer? In this sense, what do you hope QUSTom can achieve beyond the life of the project?

QUSTom’s underlying technologies have the potential to be applied to imaging other parts of the body or targeting other medical conditions. We are talking about a novel medical imaging modality and, as such, several possibilities are open for the future. Nevertheless, we remain sharply focused on the problem of breast cancer, because of the huge burden that it poses to society at large. After the project finishes, we will be ready for our first clinical trial, where the actual benefit for breast diagnosis will be put to the test. We are very confident that our solution will be very effective, but the regulatory path for medical devices is a long one. Beyond the life of the project, we will look at how to speed up the uptake of this technology. If it is any good, it needs to be available for radiologists across Europe and the world. That is a challenge on its own.

What is your motivation for pursuing research in this area?

Since I have been involved in research and development, almost 20 years ago, I have been lucky enough to work in very applied projects, all of them exciting and innovative. With the overarching topic of understanding wave phenomena, of different nature and scales, I have explored algorithms and supercomputing technology to contribute to fields such as seismology or geothermal energy. However, when you find that you can, potentially, help find a tumour inside a person, one that may go unseen without your technology, motivation goes through the roof. Not just mine, but that of everyone involved in the project, whether they are scientists, engineers, or support staff. Everyone gives their best.

Advice is not something I am great at. Especially the kind of advice that we are expected to give in a motivational pitch, as if sharing some tips would lead others to success. I may help better by listening to people that by giving them some sort of universal advice.
What I can say is that some role models in science, which I grew up, are becoming quickly obsolete. Scientists network ever closer with other scientists to face challenges that are bigger than themselves. Kids should not think that they need to be the next genius in order to pursue a scientific career. Of course, you need to work hard and be good at what you do, and have fun at it too, but modern science encourages other perhaps unexpected skillsets: the capacity to collaborate with peers, to share information openly, to communicate your findings in plain language, to give back to society beyond writing papers. The old model of scientific geniuses who seemed to solve problems on their own, sacrificing their personal lives in a constant struggle against all odds, is not necessarily the only model in modern science. It is certainly not my model. And this is good news, especially good for those that might be afraid of such a bleak career outlook. But most especially, this is great news for young, talented girls who have ruled themselves out of science careers because of that anachronistic, male-dominated version of what scientific success needs to look like. Scientists, nowadays, are diverse. There is room for you too.

As a side note, I think this project is yet another example of the importance of transdisciplinary research. Although the scientific community often rewards work within a tight, highly specialised field, sometimes we can be positively surprised by trying approaches that stem from one field in a completely different one. And not just within different fields of science, but also between science and engineering, industry, or other stakeholders. This may be a tedious effort which requires for people to depart from their comfort zone, but the returns can be very exciting too. At least they have been for the participants of QUSTom. 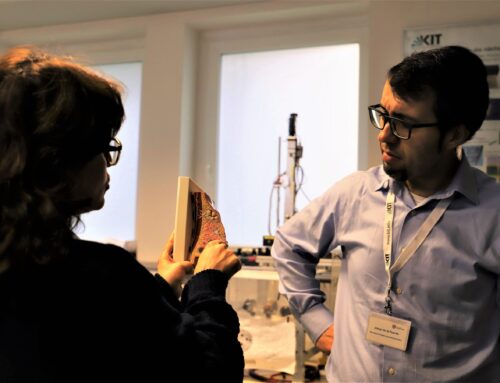 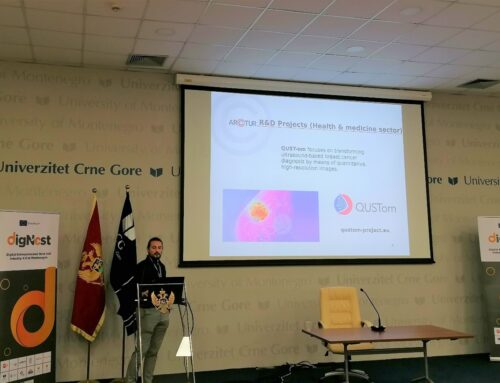 ARCTUR presents QUSTom at the conference “Challenges of Digital Transformation” 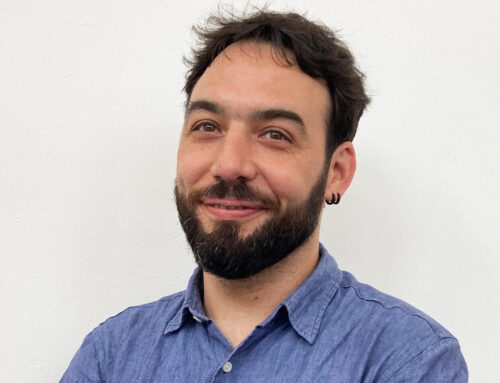 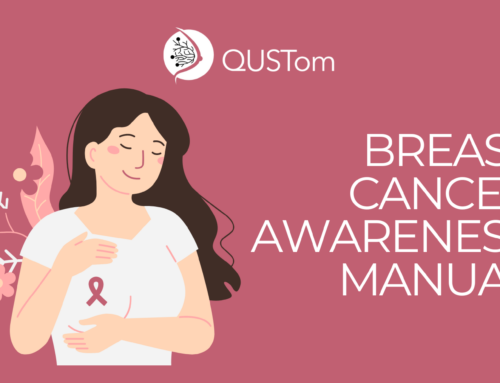 The QUSTom project has received grant funding from United Kingdom Research and Innovation (“UKRI”) under the UK Government’s Horizon Europe Guarantee with UKRI Reference No. 10038375

This website uses cookies so that we can provide you with the best user experience possible. Cookie information is stored in your browser and performs functions such as recognising you when you return to our website and helping our team to understand which sections of the website you find most interesting and useful. Read Privacity Policy

Cookie information is stored in your browser and performs functions such as recognising you when you return to our website and helping our team to understand which sections of the website you find most interesting and useful.

Please enable Strictly Necessary Cookies first so we can save your preferences!